Bethany Reaches Out To Moyross 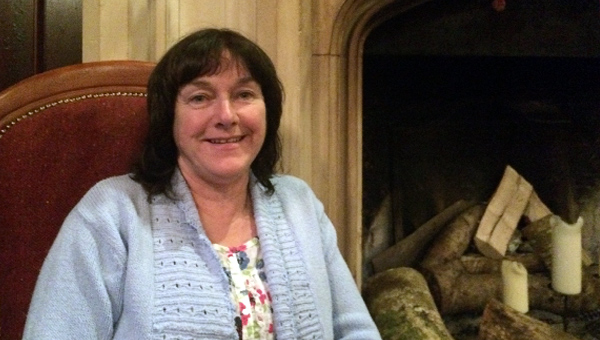 There is no Bethany Bereavement Support Group serving the people of Moyross Parish, a community that has had more than its fair share of grief, as explained by its PP Fr. Tony O’Riordan SJ: “I have come across few communities that have had as much grief to bear as Moyross. Added to the normal pattern of living and dying, there have been a number of its people murdered, and an unusually high number of its young people have died in tragic situations.”

Thanks to Gobnait O’Grady, of the Bethany Support Group, for this story about a significant encounter in Limerick:

“Last Spring, Fr. Myles O’Reilly SJ, our Bethany Chaplain, was invited by Fr. Tony to facilitate a 2-day Bereavement Workshop for a group of parish workers in Moyross. He gladly accepted the invitation and invited Nuala Casey to accompany him. Nuala is an experienced Bethany-trained worker who nine years ago experienced the tragic loss of her son Craig. Together they prepared a workshop designed to help the bereaved people of Moyross deal with their deep-seated grief.

I recently met Nuala to hear about her Moyross experience. She remarked that, like many of us, her knowledge of Moyross was coloured by negative media reports. However, on arrival she was pleasantly surprised by the positive atmosphere and the warm welcome that awaited herself and Fr. Myles. Even though they had never met before, those they worked with reported that they felt an immediate deep connection with both herself and Fr. Myles when she shared her story of tragic loss.

The small group who attended the Workshop was made up of Community Workers and Community Companions. At first, they brought the participants through what is commonly known as the Stages of Grief. However the memorable moment of connection was when Nuala told her own story of loss by suicide. As she told her story with honesty and compassion, she created a safe space that enabled the group to begin to share their memories and personal stories. This led to a discussion of how the normal emotions of grieving, i.e. shock, denial, loneliness, depression, anger and guilt, are intensified and become almost unbearable when the death of our loved one is by suicide.

On their second day, they explored the key steps to recovery culminating in a session on Forgiveness and Reconciliation. The feedback was so positive that Fr. Tony invited Nuala to return in June to be one of the keynote speakers at their annual parish Novena to Our Lady of Perpetual Help. Here Nuala found herself telling her story not only to the congregation in the Church, but also to several other groups. For example, she was asked to speak to a group of teenagers, telling about her son’s tragic death, and the devastating effects it had on his family and friends. She encouraged them to share their feelings with their friends, talk about their fears and seek help if necessary.

Informally, she also met the school Principal and some local teachers as well as members of the Knitting and Craft club. To all she described how her local Bethany Bereavement Support Group helped her along the path from loss to recovery. Many of her listeners approached her to talk privately so she met them for one-to-one sessions both formally and informally. When finally it was time for her to catch her train home to Dublin, she felt elated as she could see that what she had to say had helped many people cope with their grief and loss.

A few weeks later Fr. Tony sent the following observations on their intervention: “Myles and Nuala have gifts which can loosen the knots that can come into the grieving process and lead to complicated and stalled bereavements. Nuala’s power is in her story and the simple and tender ways she tells what happened to her when her two sons died. She can say far better, and in a way people can hear, that the pain of loss can in time be overcome and that it need not forever define your life”.