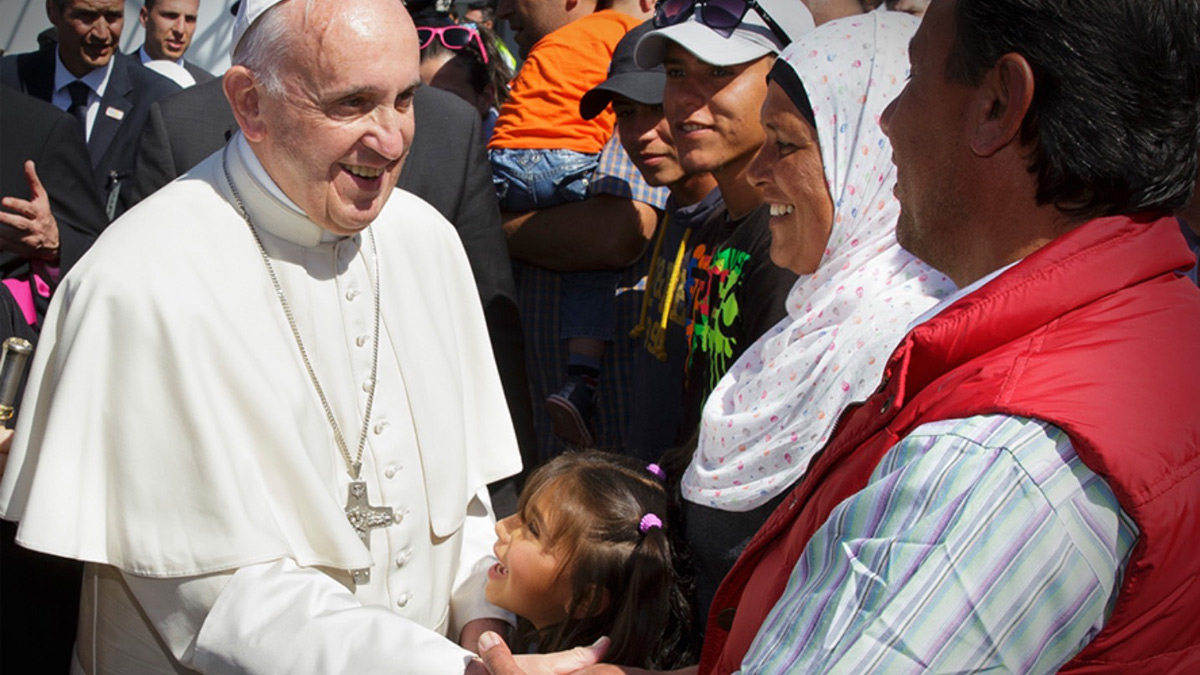 The theme which Pope Francis has chosen for this year’s World Day of Migrants and Refugees (WDMR), which will take place on Sunday 27 September, is ‘Forced like Jesus Christ to flee’. The Church has been holding this event annually since 1914, always on the last Sunday of September. It is an occasion to show concern for different vulnerable people on the move, to pray for them as they face many challenges, and to increase awareness about the opportunities that migration offers.

In a video message » to introduce this year’s event, the Pope said he wanted to dedicate it “to the pastoral care of internally displaced people”.

“Sometimes,” he said, “in our enthusiasm to serve others, we fail to see the riches they possess. If we really want to promote the people to whom we offer assistance, we must involve them and let them be active participants in their own liberation.”

The cause of migrants and refugees has been close to Pope Francis’s heart from the very beginning of his pontificate. His first pastoral visit outside Rome after his election in March 2013 was to the small island of Lampedusa, in the Mediterranean south of Sicily, a gateway to Europe for Africans fleeing poverty and persecution in their home countries. He lamented the loss of a sense of brotherly responsibility when it came to the plight of migrants, and he called for a “reawakening of consciences”. Last July, on the seventh anniversary of this visit to Lampedusa, the Pope said in a homily:

In a message in May introducing this year’s WDMR, Pope Francis noted especially the “precariousness, abandonment, marginalization and rejection” which migrants experience in their new countries as a consequence of COVID-19. “Due to its virulence, severity and geographical extent,” he said, “this crisis has impacted on many other humanitarian emergencies that affect millions of people, which has relegated to the bottom of national political agendas those urgent international efforts essential to saving lives. But ‘this is not a time for forgetfulness. The crisis we are facing should not make us forget the many other crises that bring suffering to so many people’.”

The Bermingham chalice on show

Preparing to meet the Pope.

Would you help a refugee?

Pope Video: The world of finance

Hear the cries of migrants

Does being Christian make a difference?

The worldview of Vatican II

Hope for the future requires remembrance of the past