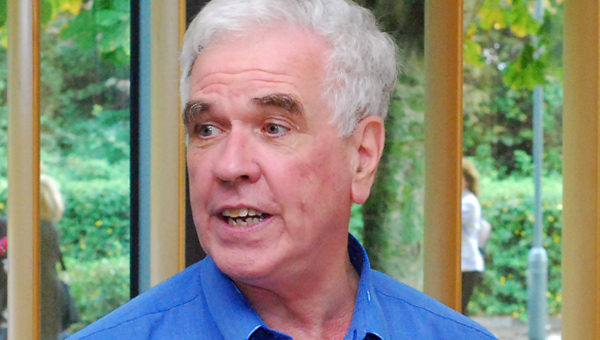 No sooner does this newsletter feature a Jesuit (see IJN of 30 October), than he is given the freedom of the city. If our readers notice Peter McVerry pasturing his sheep on St Stephen’s Green, don’t interfere. It is his privilege as a newly-named Freeman of Dublin.

On 3 November, Lord Mayor of Dublin Oisín Quinn said: “It is a great honour to be able to propose two of Dublin’s most inspirational citizens, Brian O’Driscoll and Fr Peter McVaerry, for our highest award, the Honorary Freedom of the City of Dublin. Brian and Fr. Peter are from different generations but they have much in common. They are both inspirational leaders. They set a remarkable example to us all by the way they apply themselves to their challenges. They are people who lead by the example they set. In their own way and in their own fields, they are both individuals who walk the walk.”

Fr McVerry has campaigned for the rights of Dublin’s young homeless people for more than 40 years. Dublin City Council said he approaches each individual he encounters with immense respect and works tirelessly to help them overcome the often immense personal challenges they face.
Peter’s newly granted privileges are unlikely to affect his style of life. He is now entitled to bring goods into Dublin through the city gates without paying customs dues; to pasture sheep on common ground within the city’s boundaries (this includes College Green and St Stephens Green); and to vote in municipal and parliamentary elections. While the city’s gesture may well lift his spirits, he may, one suspects, hanker gently for the beatitude promised by Jesus to those who are persecuted for the sake of justice.