What are we telling the Pope? 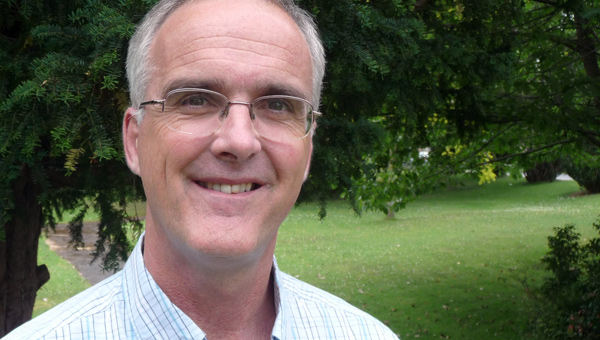 Pope Francis has asked  that a questionnaire be sent out to all the dioceses of the world consulting all the faithful on issues about challenges to family life. Gerry Whelan SJ in Rome is chaplain to the World Union of Catholic Women’s Organisations( WUCWO) whose members have been responding to this questionnaire and he has heard some first impressions of what they’re saying. He first published his insights in WUCWO’s Women’s Voice magazine and you can read it below.

PASTORAL CHALLENGE TO THE FAMILY IN THE CONTEXT OF EVANGELIZATION

As most readers will know, Pope Francis has requested that a questionnaire be sent out to all the dioceses of the world consulting all the faithful on issues that appertain to the theme of the upcoming Synod in Rome  and that theme is Pastoral Challenge to the Family in the Context of Evangelization.  I am proud to witness that WUCWO members have been active in responding to this questionnaire. It is not for me to pre-empt a full analysis of the responses to the questionnaires that have been arriving into our General Secretariat or, for that matter,  the deliberations of the forthcoming Synod. However, I have heard some first impressions of what our WUCWO responses are like and I formulate the following three points in response to what I have heard.

1.    A Crisis of Culture More Than a Crisis of Faith

Many of the questionnaire responses speak of a crisis in Church practice and, especially, of a crisis of credibility that the Church has with young people. On this matter I would like to offer a suggestion is made by a number of philosophers and theologians today: that the Church is functioning in a context of rapid technological and economic change and this this has produced a global crisis of culture which explains much about our crises of faith and religious practice.

One way of explaining culture is that that it is set of meanings and values which members of a group hold in common and which help them form a community of “like minded” people. Such meanings and values help to motivate members of communities to collaborate in given kinds of social structures, including family, economic systems, and political orders. When a society experiences little technological and economic change, little change is needed in culture. However, when technological and social change accelerates, the particular behaviours which seemed to express good values in the past begin to seem irrelevant. Now, the cultural “superstructure” needs to be updated in order to remain relevant to a situation and to continue to encourage the age-old struggle for individuals to overcome selfishness and to serve the common good.

Arguably, today’s world is characterized by signs of a break-down of culture. Now, we do not want to exaggerate this point. It is also the case that in the last fifty years one billion people have been seen their economic status raise above the poverty line. Nevertheless, Pope Francis is a relentless critic of the following behaviours: an inflated financial system that loses touch with the real economy that it is supposed to serve; an older generation that protects its self-interest against that of its children; attitudes to the suffering of migrants and refugees that constitute a “globalization of indifference.”

Now, in almost all cultures religion is a key carrier of culture. Consequently, in a time of cultural crisis it is almost inevitable that religious institutions will lose credibility. How can a young person trust the ethical or religious advice of an adult who does not know how to use facebook?

2.    The Need to Update Church Teaching

Nowhere is the pressure of cultural breakdown more keenly felt than on the family. Again, we do not want to see only the negatives here. Aspects of post-modern culture promote real values, including a recognition of the equal dignity of women and of homosexual persons. However, we also live in an age when the right to life is threatened from various quarters; when media influence can make teenage chastity seem  ridiculous; where economic forces compel one spouse to migrate in search of work; where both spouses feel compelled to work full-time so as to find money to support their children; where it can seem impossible to save up enough money to buy a house; where  having children before a certain age will make a professional career impossible; where realities of urban slums seem to make unmarried motherhood  the norm. In such circumstances, cultural norms for family life cannot be proclaimed in the same way as they were in more stable societies. How then can ethical—and Christian—norms for family life be articulated?

Asking this question, reveals the deep significance of Pope Francis’ decision to consult the opinions of the Christian faithful in advance of the Synod on the Family. At the very least, such a listening should facilitate a better articulation of meanings and values that are so close to the heart of the Gospel that they cannot be changed. In this way, Christian teaching can be seen to speak to current realities and not attempt a timeless and abstract statement of principles that seem very difficult to live up to. On the other hand, a carefully listening to the lived experience of Christians can also prompt a reflection on current Church laws that are not essential to the Gospel and which might better be altered so as to communicate Gospel values better to today’s world. As Pope Francis asserts: we need to conduct an elaborate process of discernment on such matters.

Let me conclude with an alternative challenge: now that we are beginning to be listened to by the official church, will we have much to say? Can we recognize that there is a responsibility on all of us to “inform our conscience” and to be as well informed as possible of just what Church teaching is. After all, it is clear that in his earthly ministry Jesus’ teaching on sexuality (e.g. on divorce) went against his culture, that it seemed “unrealistic,” and “hard to take.” Indeed, the early Church amplified this kind of argument.

In the letter to the Ephesians we find a reflection being made on how the ascended Christ remains present to the Church and loves it with a perfect love. Searching for a human image to describe such love, the letter turns to the example of the love of husband and wife. Next, it pursues the converse insight that knowledge of Christ should spur married couples to behaviour that goes beyond that which is normal in their culture:

Submit to one another out of reverence for Christ . . . Husbands, love your wives, just as Christ loved the church and gave himself up for her  to make her holy . . .  This is a profound mystery—but I am talking about Christ and the church. However, each one of you also must love his wife as he loves himself, and the wife must respect her husband (Ephesians 21-33).

What Pope Francis is really asking us is: How can we be agents of a  vision like this in the world of today?