Dare to dream of a better future 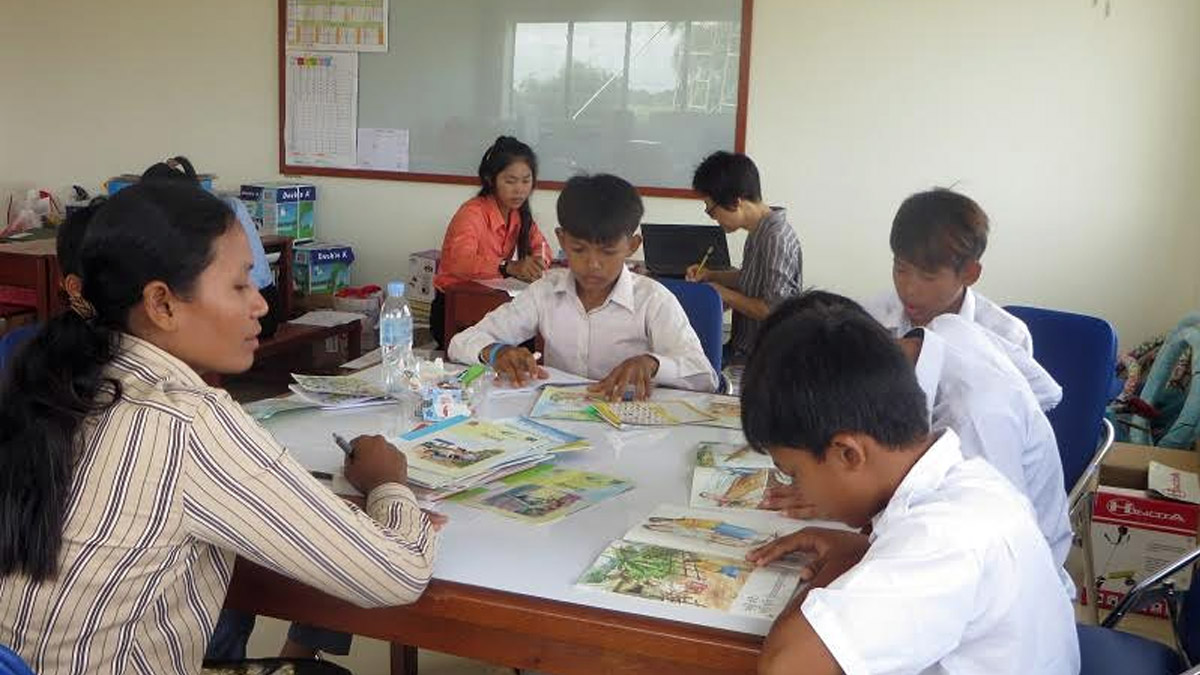 A Blessing Ceremony was held on 6 October for new classrooms in the Xavier Jesuit School Project in Sisophon, Cambodia, led by Irish Jesuit Ashley Evans SJ. The school is little more than a year old, and already it is expanding rapidly and developing its services to the children of the Banteay Meanchey Province. A fifteen-hectare plot of land was purchased on the edge of Sisophon, at the cost of nearly half a million US dollars, which was paid for entirely by the Korean Jesuit Province. The whole project is estimated to cost US 8 million dollars.

The Jesuits opted to establish the school in this location to make the most impact, as well as to serve those youth most in need of quality education in the country. The school’s educational goal is to empower young students through the development of their intelligence and knowledge with free inquiry and the use of reason as the means to respond to the wonder of God’s creation.

Jesuits, staff, donors and volunteers are helping the Xavier Jesuit School Project to grow quietly and firmly. A critical response to the values of other cultures is encouraged, as of course is the understanding and respect for the rich heritage and wisdom of the Khmer culture in which the children live.

Cambodia society is primarily Buddhist, and the school, while Catholic, is embedded comfortably within it. The wider objective of a Catholic education is the full development of the talents of the individual for the greater good.

During September, a group of Japanese volunteers shared their musical talents with 150 grade six primary school students attending the Summer School. The students heard piano, oboe, trombone and melodica from the Japanese musicians. One sang a beautiful opera song, to the amazement of all present.

Fr Quyen Vu SJ has been working in Sisophon for most of 2015. He writes: “Xavier Jesuit School is a dream in the making for the Jesuits in Cambodia. It is located in a disadvantaged area of Cambodia, Svey Sisophon, where the education system is weaker than elsewhere in the country. Yes, there will be challenges, but the Jesuits here are up for them. They dare to dream of a better future for the youth of Cambodia.”

Exploring the Bible – how not to lose the plot

We could be heroes

‘A quiet ministry of presence’

Bruce Bradley SJ on the future development of Irish Education

Novena of Grace with a difference

Welcome to the Loyola Institute