Educate Magis, for community by community 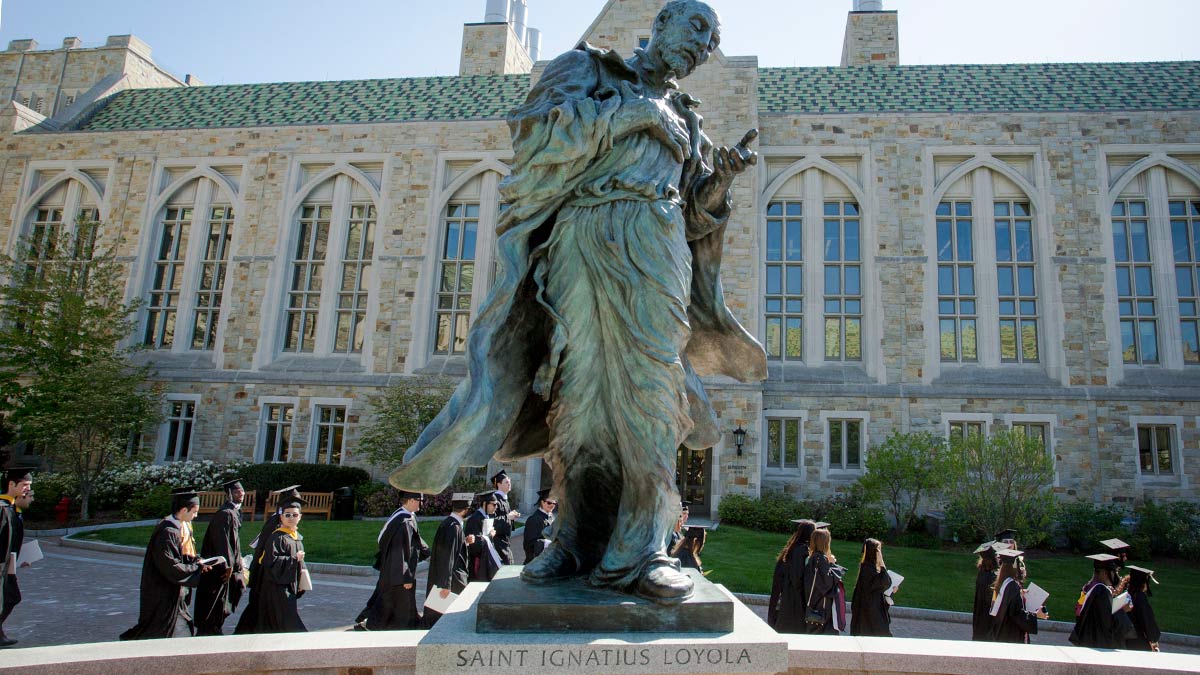 Educate Magis, the worldwide Jesuit and Ignatian school community is living up to the Jesuits call to become a “universal body with a universal mission”, particularly through the educatemagis.org  platform, hosted by the Irish Province and operated out of Galway. Saint Ignatius originally connected with his Jesuits across the expanding missionary world from his base in Rome. Similarly, the Educate Magis staff connect with Jesuit and Ignatian educators from Galway.

A young Community Facilitator named Ciara Beuster tells Jesuit.ie where the Educate Magis community is at since its inception. “Since the Educate Magis website went live in April, many things have changed and developed. Most of these changes have been in direct response to feedback from the community. A recent addition to the site which we hope will be used more in the coming months is the Conversations section which allows people to have conversations with other members, in order to share ideas and experiences and begin collaborating.”

The staff member notes “The Educate Magis site was built as a platform for the existing community of Jesuit educators from all over the world to connect and collaborate virtually. As well as changes to the online platform, two new full-time members have joined the team in their office in Galway: Gellért, who is in charge of the content for the site and Mark, who works on the development of the site. Since many of the schools are back in term, it is an exciting time in the community and the months ahead promise to be exciting and fruitful ones.”

This Jesuit work, available in English, French and Spanish was the outcome of the International Colloquium on Jesuit Secondary Education (ICJSE) in Boston, 2012 and the International Seminar on Ignatian Pedagogy and Spirituality (SIPEI) in Manresa, 2014. Ms. Beuster and her colleagues are preparing to celebrate the one year anniversary of the SIPEI seminar, as more community members are becoming involved in the online community.

You will find many features on the website that serve the community. The interactive World Map on the homepage show all the Jesuit schools in the world which include St. Declan’s Special School in Dublin, the Cristo Rey High Schools in the United States and several hundred schools in India. Members utilise educational resources through Documents such as The Character of Catholic Education, Keynotes like The Jesuit Examen Prayer and Videos. There is a Blog which regularly shares stories from school communities – A Meeting Between Students and the Pope via Satellite certainly grabs attention and A Teacher’s Day at St. Xavier’s in Mumbai is most productive.

We see from the Blog how St. George’s College (SGC) in Harare, Zimbabwe connected with Boston College High (BCH) School in the United States through a 2-week exchange programme. Mr. Arthur Garande, Director of Jesuit Ethos at SGC declared “The common Ignatian heritage made it a lot easier to identify with each other and formed a basis for initial interaction. Without exception the SGC boys saw the time spent in the families as the most revealing and most valuable. Cultural differences were noted and celebrated and there was therefore a real cultural exchange. We look forward to repeating this experience with future students of both schools.”

Educators from Jesuit and Ignatian schools can register as a Member of the Educate Magis community and they can then use any and all of the functions of the online platform (mentioned above) to connect with educators in other schools. There is also a proposal to start the following six groups with members from different regions:

Perhaps those schools who are strongly aligned to the excellent Jesuit standard of education will give generously in sharing their resources. Contact Ciara Beuster, Community Facilitator at [email protected]

Change we can believe in, No. 1

A global vision for Jesuit education

Care for oneself, care for others

A global vision for Jesuit education

Open to one another’s traditions