Surprise in store for secular Europe 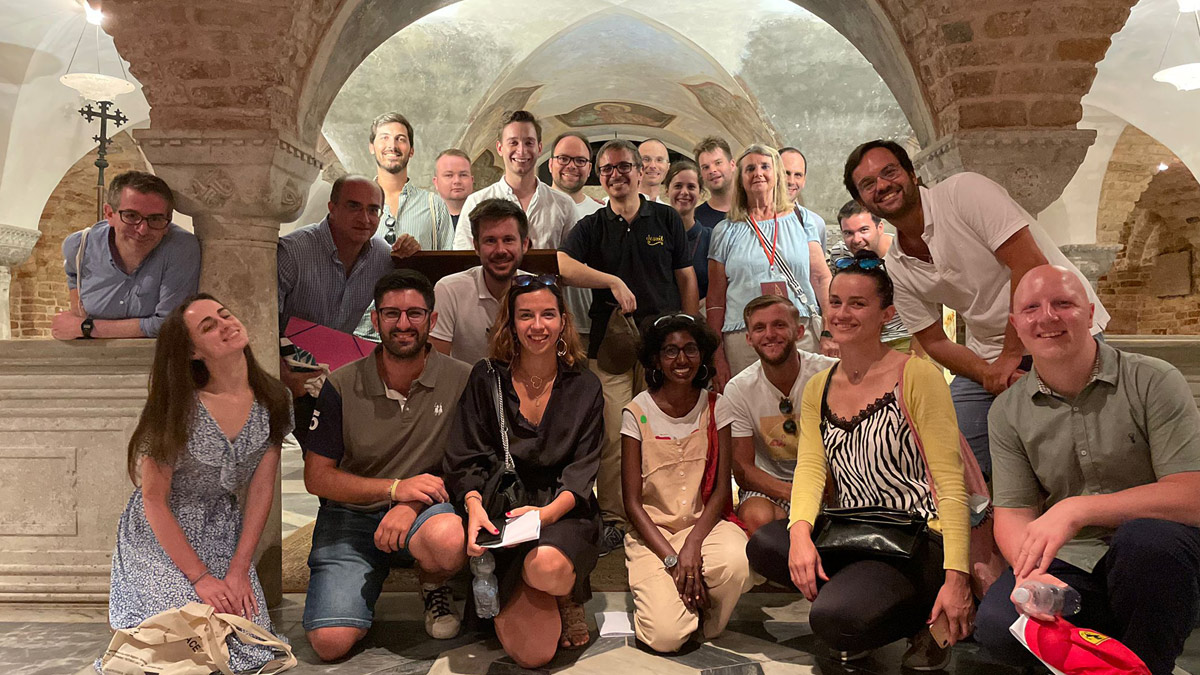 After directing the Faith and Politics Week for young adults, Dr Kevin Hargaden (Director of the Jesuit Centre for Faith and Justice) had to abandon an unfavourable assumption he (and many others) hold about young people regarding their maturity, seriousness, and ‘interest in deep matters of the soul’.

A group of 16 young adults from Ireland and around the world working in public life or NGOs attended the Jesuit-run seminar in Venice from 14-21 August, 2022. And they helped him change his mind. Read why in his report below.

There are few places in the world more suited to thinking about the intersection between faith and politics than Venice. For centuries it has been a place where noble ideals and pragmatic compromise have collided. In August, a group of Jesuits and lay partners from across Europe gathered in this most beautiful of locations to consider whether and how public service can be approached as a Christian vocation.

This workshop, called Faith and Politics, was initially launched in 2006. Because of the pandemic, the last time the event was run was 2018. While one of the founders, Edmond Grace, was present to keep the initial inspiration of the initiative alive, this year was seen as an opportunity to evolve the workshop for the changed circumstances of Europe and under a new leadership team (made up of myself from JCFJ, Peter Rožič SJ from JESC in Brussels, and Giuseppe Riggio SJ from Aggiornamenti Sociali in Milan).

Sixteen young people from across Europe joined us at the old Jesuit hostel in one of the many quiet corners of the city, still strikingly beautiful but not overrun with tourists. They were accompanied by honoured guests from the world of electoral politics, civil service, and civil society to hear input that both contributed to their vocational discernment and continuing professional development and their spiritual formation. While each day had its own theme, over the course of the week the overarching intention was to equip these young people to think about how they personally understood their calling in life as public service for the sake of the common good.

I find I often operate with an assumption about young people that is a caricature. You may notice this as well – how often in our discourse we assume that young people are immature, unserious, and not interested in the deep matters of the soul. I had seen sociological statistics that suggested that young people today did not fit this common depiction but after this week, I am certain that we must abandon it.

Each of the participants – who ranged from software engineers to teachers, diplomats to consultants – arrived with a deep understanding of how their work fit within the bigger social picture, a realistic impression of how hard and slow it can be to achieve change, and a hunger for spiritual resources that would allow them to more fully integrate their love of God and their love of people in their work and activism. This is heartening for us in terms of the health of our societies and it should encourage us in terms of the vitality that still exists within our faith communities.

Faith and Politics will almost certainly return to Venice in 2024 though we may also do a mini-event as part of the World Youth Day celebrations in Portugal next summer. Our website offers more information for those interested. But at the end of the workshop I have a new appreciation for how in our increasingly post-Christian Europe, there may be a surprising new space opening up for being open about our faith in our professional lives and confident about its relevance for the challenges we face – individually and collectively.

Vaccines and the common good