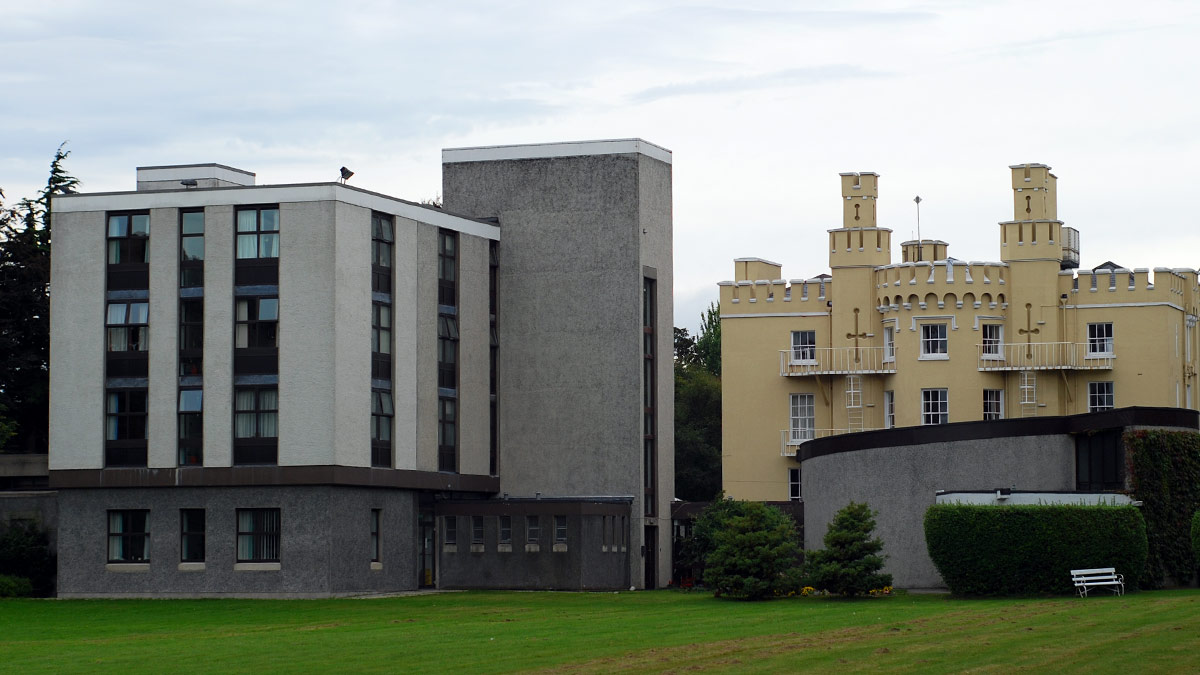 Guest spiritual director Ms Mary Hunt and the retreat team of Manresa Jesuit Centre of Spirituality in Dublin led participants through an 8-day Online Directed Retreat from 9 to 17 October, 2020. Ms Hunt opened the retreat on the theme of encounter where participants were asked to reflect on their lives in the context of the Gospel of Luke. They met with a spiritual director every day using video conferencing to be accompanied in their review of their prayer and reflection. All of the key factors of a directed retreat, including Eucharistic celebration, created an environment where they could meet God intimately and discover that they are uniquely loved and called.

Ms Hunt drew from Saint Paul’s letter to the Galatians (Galatians 5: 1-6) and the Gospel of Luke (Luke 11: 37-41) to encourage participants to focus on a real relationship with Jesus, from their home in the midst of the Covid-19 pandemic. The scripture passages prioritised the inner encounter with faith over the outer adherence to the law.

She borrowed a Zen image of the Buddha pointing his finger (representing the law) toward the moon (representing Christ) to explain the distinction.

“Paul, in the first reading, has recognised this encounter with Christ and is on fire from it and with it.

The Pharisees in the Gospel, on the other hand, have an encounter of a very different kind with Jesus. Better to say they’ve had a face to face meeting but because they don’t recognise him, they don’t really encounter him.”

“Can we identify and let go of the obstacles that might block us from encountering the freely given love of God that is on offer during this retreat?

As you come on this retreat it might be helpful to you also to look inwards. What customs, what agendas might you and I be holding on to, even unconsciously, that we are being invited to let go of?”

“Maybe it’s an unhelpful thought or belief –‘God can’t work through Zoom’, or ‘I’m too stressed – I’m not in the right space for this retreat’.

What tried and trusted ways am I invited to leave behind? Ways that bring security but not much freedom. For example, ‘I always pray this way, and with this pandemic it’s just not the same anymore.’”

Manresa’s director, Piaras Jackson SJ, notices that the experience of lockdown is enough for many. “Some people describe lockdown as being enough of a retreat already and are happy to ‘wait it out’. Anyone who thinks of retreat as associated with restriction, regularity and routine won’t want more of that. However, people who want to add regular accompaniment to the given conditions have welcomed the opportunity that an online retreat represents.”

“We would much prefer to be able to meet people on site, to offer hospitality, listening and liturgy.” Manresa’s director continues, “The pandemic conditions really limit us, but we have found that every online retreat we have offered has seen people finding encouragement and hope where they are.”

Undertaking such a retreat in situ is not immediately inviting for many people, something reflected in Manresa’s experience. “We have found that more people are interested in the other forms of retreat” says Piaras, “than in the online directed retreats, but those who have undertaken them have invariably found them to have an unexpected value.”

Some comments from those who have completed Manresa’s online directed retreats include:

“I would encourage others to avail of an online directed retreat. While different, it can challenge one to create a very sacred time and space in one’s own environment.”

“The whole retreat was a very positive experience at every level. I found myself in a good and comfortable space over the days, and found it very prayerful. The personal guidance and direction was most helpful. The technology worked well for me and it was so easy to access both the link to the director and to the daily Mass.”

“Manresa offers a spirituality that is very wholesome, integrated and in touch with reality. I would recommend the guided retreats here. I recently did a guided retreat online and found it excellent.”

Participants of the 8-day Online Directed Retreat from 9 to 17 October were guided away from the rigid laws of control toward an experience similar to that of Saint Paul. He became deeply aware of his weaknesses after encountering Jesus. God’s mercy led him to realise that all followers are ‘in Christ’, a phrase he repeats almost 130 times in his letters.

“Saint Paul understood that experience is more than knowledge. It is an inner sense of a touch within the very core of our being. The experience can be manifested outside, but it happens inside.”

It is thought that her reflection has relevance for everyone who want to ‘match’ the inside and the outside. She says:

“Where was I open to the surprise of God today? This is what God desires for each of us. Not just a meeting – but an encounter – a chance to stop fixating on the finger and focus on the moon.”

Manresa has just one directed retreat left in 2020 (Friday 13 November to Saturday 21 November 2020). “We are glad to see the numbers go up as people realise the on-site retreat will not be a possibility this year,” says Piaras Jackson SJ. “We will be happy to facilitate anyone interested in doing some part of this retreat, beginning on Friday 13 November.”

Click here for information on the 8-day Online Directed Retreat from 13 to 21 November, 2020 ». Also, click here for Manresa’s homepage offering other online retreats ».

A retreat with poets

Being at home with Mary

Is spiritual direction for everyone?

The power of naming

What do we mean by an ‘inner life?’

Pope Video for December: For a life of prayer

Pray for pandemic to end

A message of joy from the Provincial

Giving voice to the elderly

Vaccines and the common good