Where to for the Irish Church? 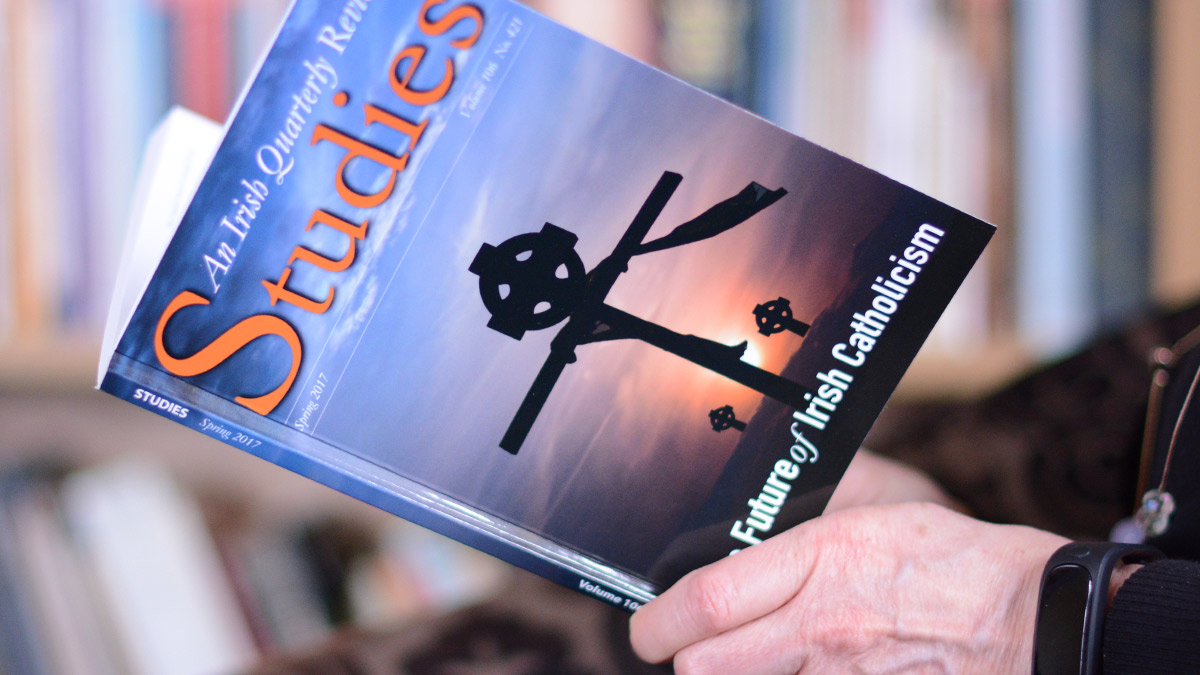 The lead articles of the Spring 2017 issue of Studies all concur in the judgement that a phase – at least a phase – of Irish Catholicism has ended. It is hardly correct any more to refer to Ireland, without serious qualification, as ‘a Catholic country’ at all, never mind as “the most Catholic country in the world,” which was one observer’s conclusion in the early 1950s. In 2011 Dr Diarmuid Martin remarked that the Church in Ireland risked becoming an “irrelevant minority culture”. Six years later that seems almost to be the case.

The background to the crisis facing Irish Catholicism is examined by Gerry O’Hanlon SJ in an article on ‘The Catholic Church in Ireland today’. It was first published in the Rome-based Jesuit periodical La Civiltà Cattolica. Among the factors which have contributed to the demise of the Church, O’Hanlon identifies the fact that it was locked into a paternalistic ethos which relied on an un- or anti-intellectual culture and a widespread fomenting of popular devotions. This kind of clericalism, he notes, was vulnerable to a more critical culture.

And it was precisely the flourishing of a more critical culture from the 1960s on which led to the breakdown of the old Catholic order in Ireland, though this only truly became apparent in the 1980s. Greater educational opportunities, a more intensive insertion into global culture, and a growing commitment to constitutional reform all contributed to the shift. These were all signs of the process of secularisation in Ireland. A new ‘social imaginary’ emerged, a ‘disenchanted’ world oriented to secularist and humanist perspectives and committed to freedom and pluralism. What speeded up the process of change most of all were the multiple clerical scandals, most notably the sexual abuse of children by clergy and the poor handling of these scandals by Church authorities. “In the short term,” Fr O’Hanlon writes, “they led to an almost hysterically aggressive attitude towards the Church, both in Ireland and abroad, while in the longer term they have left a legacy of deep mistrust.”

With respect to conversion, renewal and reform, Fr O’Hanlon takes his cue from Pope Francis, who has shown repeatedly a preference for a collegiate or synodal Church, one that acknowledges the shift in contemporary attitudes to modes of governance. In the culture at large an attitude of unquestioning obedience has been supplanted by an expectation that authorities will explain their reasons, investigate issues with due diligence, respect experts in the field, canvass interested parties, and make preparations for the foreseen consequences of their decisions. What holds in the world generally should also hold for the Church.

Further contributions to the theme of Ireland and the Church come from Tom Inglis, Gladys Ganiel, and Gerard Whelan SJ. Inglis takes a perceptive look at the change in how Irish people spin their “webs of meaning” now that the country has gone from the homogeneity of the past to the “multi-national, cosmopolitan, globalised society” it is today. Catholic identity has remained important for a considerable number of Irish people, but most of these are ‘cultural catholics’: they show “doubt, ambivalence, contradiction and scepticism” with regard to doctrines of the Church, they respond to questions about living morally and telling right from wrong without invoking the teachings of the Church, yet they find “comfort and consolation” in some Catholic beliefs and practices. They now weave different webs of meaning from their predecessors. The new webs are spun with family members, friends, and neighbours. The importance of place is also emphasised. People now tend to bring together the inherited aspects of their life and the personal elements (occupation, lifestyle preference, leisure activities, etc.) as they create their social identities.

Gladys Ganiel’s contribution explore three conclusions which she drew from her recently-published book, Transforming Post-Catholic Ireland: Religious practice in late modernity, namely that Ireland may be characterised as post-Catholic, its religious landscape may be seen as a ‘market’, and we can understand how religion is changing there by attending to the concept of ‘extra-institutional religion’.

Gerry Whelan’s essay provides a summary introduction to the life and intellectual development of the great 20th century American Jesuit John Courtney Murray. It was Murray’s robust addressing of issues concerning secularity and pluralism in the post-war years that helped to give a generous and positive hue to the Church’s pastoral approach to the contemporary world in the Second Vatican Council. Fr Whelan usefully concludes his essay with a consideration of how a retrieval of JC Murray’s intellectual biography may help us to reflect on how the Catholic Church should engage with Irish society today.

A giant in church-state history

How much freedom of speech?

A giant in church-state history

What is a Vocation

The Irish Referendum – discerning the spirits

Garret Fitzgerald on the European project

Hope for the future requires remembrance of the past