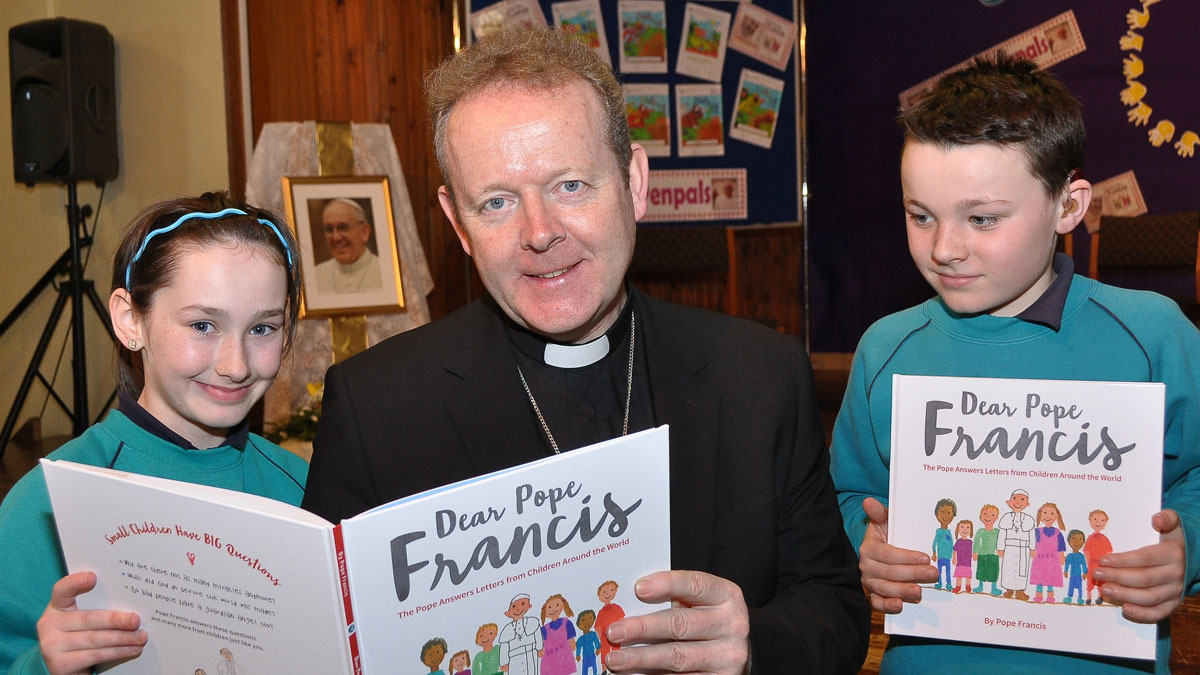 In his address at the launch of Dear Pope Francis, the new book of letters between the Pope and children around the world, Archbishop Eamon Martin noted that the concerns which the children expressed are also shared by many adults. “I can see parallels in the questions that many of us still think about as adults,” he commented, “questions about the loss of a loved one, on how we might settle struggles in the world and bring peace, and questions about how God listens to us and hears us.”

Archbishop Martin remarked that it was special to be launching this book “in a school named for our patron Saint Patrick, and just two weeks before his feast day.” The children’s questions, he added, though they showed “a natural childlike curiosity and inquisitiveness”, also displayed “a profound understanding of why faith is important to so many people”.

The archbishop congratulated Clara Ó Gormáin, from Scoil Iognáid, Galway, who asked the Pope a question in Irish: “An airíonn tú mar Phápa gur tú athair ag an domhain iomlán?” – does the Pope feel like a father to everyone. Pope Francis responded say that, yes, he does feel that way, and that he enjoys the sense of being a father-figure.

Dear Pope Francis, Archbishop Martin concluded, is not just for children: “I particularly recommend it to the families of Ireland as a beautiful gift directly from Pope Francis. I invite families to read it together and to talk to each other about the matters of faith it raises– whether they be great or small!”

‘We must regain our outrage’

Studies on the Synod

Love and the law