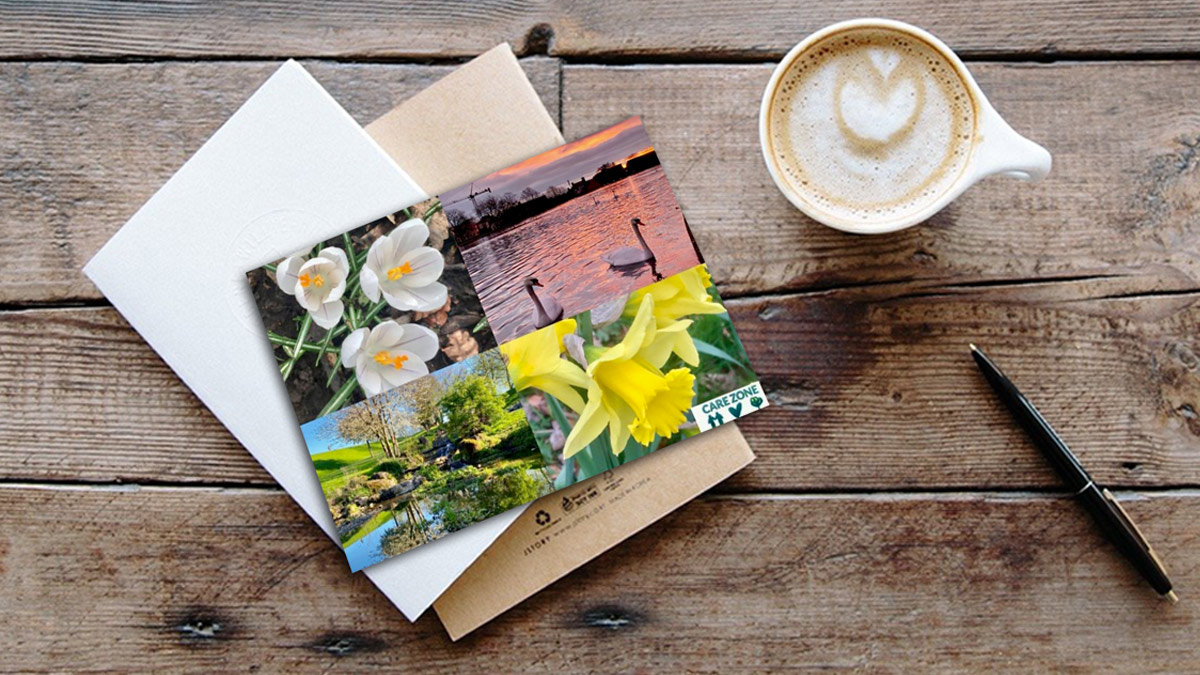 The North Belfast Care Zone outreach to older people in the local area has chosen a selection of photos taken by Brendan McManus SJ for their postcards and posters.

The Care Zone project is a local initiative to help bring people together in local communities with events and activities based on a ‘bottom-up’ approach. It was established as a result of a Future Search workshop on suicide prevention that was led by the then Health Minister Michelle O’Neill. Twelve common-ground themes emerged from the workshop as the best actions to be taken forward to improve mental health and well-being and reduce suicide.

According to Brendan, who lives in the Peter Faber Jesuit Community in North Belfast, the people in Care Zone  look out for everyone in the area in an attempt to bring hope and rejuvenation. The postcards, featuring his photographs were sent by school kids to older members of the community and posters were displayed on lampposts around the area.

“Originally I was approached by one of the committee who asked me to take photos of the local area in North Belfast,” says Brendan, adding, “As it turns out I had many photos taken already of that area and so with an additional photoshoot around the streets, I put together an album of 90 photos including street scapes and significant buildings. However, it was obvious to me and them that the nature photos that were selected were the most inspiring and hope-filled, as they spoke of a world beyond bricks and tarmac and brought in the whole dimension of spring and the beauty of the natural world.”

Friends of Brendan on Facebook will recognise the photos from the Waterworks Park near the Jesuit community, which falls in the Care Zone area, and which were chosen as symbols of hope in Lockdown.

Brendan walked the Waterworks Park virtually every day during lockdown as part of his permitted exercise, and published reflections and scripture accompanied with these photos to promote positivity and hope.

Novena of Grace – ‘different but rewarding’

A spirituality for strange times

Reflections from the Holy Land

The challenges of ‘Fratelli Tutti’

King Lear, populism and the coronavirus

Praying with grief in a Covid-19 world

Examen: the paradox of reflection